Daniel Pembrey takes us through the fascinating history of Belgravia, spearheaded by the Cubitt brothers 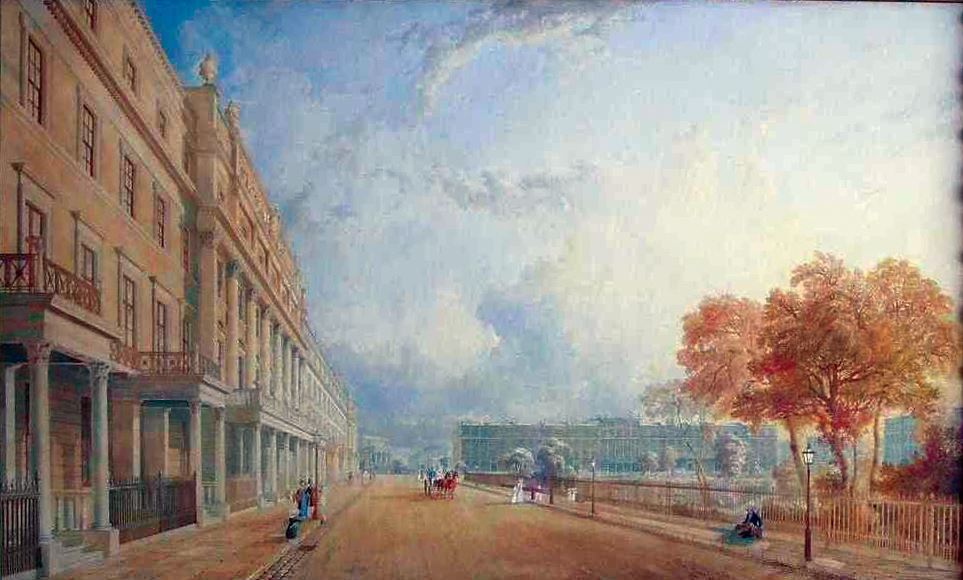 In the recent TV series Belgravia, lead character James Trenchard reverently tells William Cubitt at the exclusive Athenæum Club: “you are great and public figures.” He is referring to both William and his brother Thomas, and, in real life, the Cubitts were indeed the toast of London society by the early 1840s, when the scene is set. Yet how did these master builders and proto-developers become so successful, and what is their legacy in Belgravia today?

Central to the Cubitts’ success was their scope of vision. The transformation of the Marquess of Westminster’s land to the west of Buckingham Palace during the 1820s and 1830s can be likened to Sir Christopher Wren’s proposed development around St Paul’s Cathedral in the 17th century, or even Baron Haussmann’s designs for Paris later in the 19th century. The scale of the transformation would have seemed otherworldly. Belgrave Square alone extended to ten acres. The design details were remarkably complete, down to new roads, granite curbs and pavements; iron lampposts, verdant public gardens, sanitation and other amenities set to enhance the well-being of fortunate future occupants.

In her authoritative book Thomas Cubitt: Master Builder, Hermione Hobhouse depicts Belgravia as a developer’s dream: “The founding of an elegant successful suburb whose inhabitants included some of the most powerful aristocrats and the richest commoners in England was the ultimate ambition of every substantial nineteenth-century builder and every great landlord in London.” The humble origins of the Cubitt brothers made the development all the more remarkable. Born of a Norfolk carpenter, Thomas progressed rapidly from jobbing carpenter to merchant builder, finding early success in the redevelopment of Bloomsbury, while William advanced from apprentice cabinet maker to civil engineer.

Several attributes stood the Cubitts in good stead. One was their alertness to new technologies. In London’s docklands, William would create Cubitt Town, with its specialisations in pottery, brick, and cement production – as he fictionally discusses with James Trenchard at the Athenæum club. Earth removed from the docklands filled in the marshy land that became Belgravia. The engineering of sewer and lightning systems was particularly attractive to house purchasers, who were quick to complain if they didn’t feel they fully benefitted from such innovations. A proposed reduction in the number of lamps along the north side of Eaton Square in 1836 prompted banker H.R. Hoare, occupant of no. 100, to decry this “encouragement to Vice Theft and various other Nuisances.”

Control was key to the project’s longer-term success. While elements of the design were inherited or outsourced (the Grosvenor Office created the layout of Belgravia and Sir John Soane’s pupil George Basevi was architect of Belgrave Square), Thomas Cubitt imposed a consistency of style and a standard of building work across the development that proved decisive. And while the development accommodated artisans, shops, pubs and key-worker housing, other activities were explicitly prohibited – for example butchers, tripe burners, distillers and brothel keepers. The success of this curated mix of local services is reflected by the longevity of various businesses established back then. The Horse and Groom pub in Groom Place remains popular today.

Thomas Cubitt pioneered an approach to development whereby the builder assumed direct responsibility for all the various trades. Typically, a client would engage bricklayers, plasterers and myriad other tradesmen – or, would engage a builder who would in turn subcontract. Whereas Cubitt recruited an army of specialists to build Belgravia, ensuring that each played his part on time, and, crucially, to a suitable standard (by no means a given with speculative housing, then as now).

The pivotal attribute was flexibility. The business stakes were enormous. In 1825, Cubitt ‘laid off’ financial responsibility for the initial Belgrave Square build-out to a syndicate of well-connected backers that included a director of the Bank of England. Cubitt moved his office continuously as the development progressed, and he moved fluidly between roles, for example acting as an estate agent when opportune. An imposing detached villa at the south-east corner of Belgrave Square serves as Brockenhurst House in Belgravia; in real life, Cubitt arranged for its sale to Lord Sefton, turning it into Sefton (later Seaford) House.

Strolling around Belgravia today, the overt references to Thomas Cubitt are sparing, subtle – a namesake gastropub in Elizabeth Street; a blue plaque at 3 Lyall Street. Yet all around is evidence of his glorious activity. The townscape he helped bring into being remains in tact for all to see. And his path to becoming a millionaire did not involve treading upon the poor. Summarised Queen Victoria, no less, “A better, kinder man did not exist.”