Mad about the bean 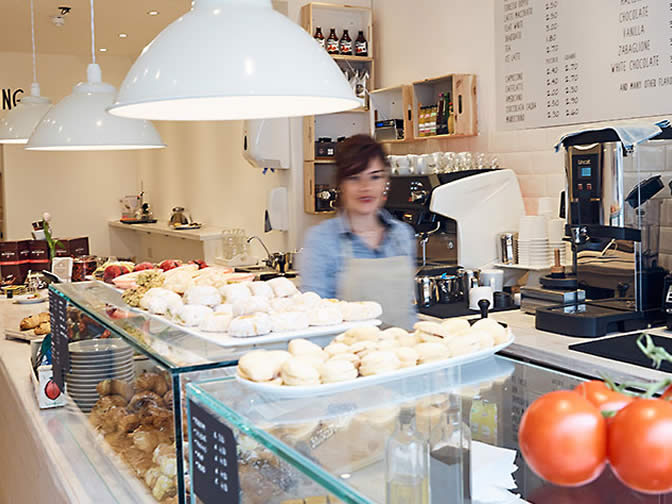 Giulio Merea, owner of The Roasting, describes how a passion for quality coffee took him from Genoa to Elizabeth Street.

Since opening the shop in Churton Street in September 2014, Merea’s continued to grow his business. In February, he opened his second shop, by Victoria Coach Station on Elizabeth Street. Here, a series of light, bright, contemporary rooms with large tables create an intimate setting that encourages people to mix and collaborate over cups of coffee.

“What we’ve created is a magical place,” he explains. “People sit around our big tables and close their laptops and speak to each other. I think that’s important; we sometimes need an opportunity to communicate in person, rather than via text or Facebook.”

For those who refuse to be parted from their beloved tablet or laptop, however, the tables helpfully include built-in plugs, while speedy fibre-optic broadband allows people to use the space for work or study.

“What we’re looking to do is to really change the mentality of people,” says Merea. “If you think about it, 20 years ago, there weren’t many coffee shops in London, just tea shops, but now there are thousands – maybe too many – and the quality doesn’t seem to matter. We really want to change this attitude – even if it means getting customers to try our coffee for free.”

To ensure The Roasting’s coffee is sold at the highest standards, great attention is paid to the details, Merea explains. “We take great care in how we serve our coffee,” he says. “It’s better served in glass cups, rather than in porcelain, so that’s what we do.”

The coffee shop’s baristas take the same care when it comes to preparing the coffee, which is roasted in Milan, before being exported to the UK. He compares the process to a chef preparing and cooking a beautiful meal. “You can give the same ingredients to 10 different chefs, and you’ll end up with 10 different recipes at the end,” he describes. “It’s exactly the same with coffee.”

Merea’s still working out how to balance his time between the two shops – though conveniently he lives slap bang in the middle. “If you don’t find me in one shop, you’ll find me in the other,” he says. “And if I’m not in either, you’ll find me on the streets of Belgravia walking between the two.” It’s a perfect illustration of the devotion that’s got Merea where he is today.