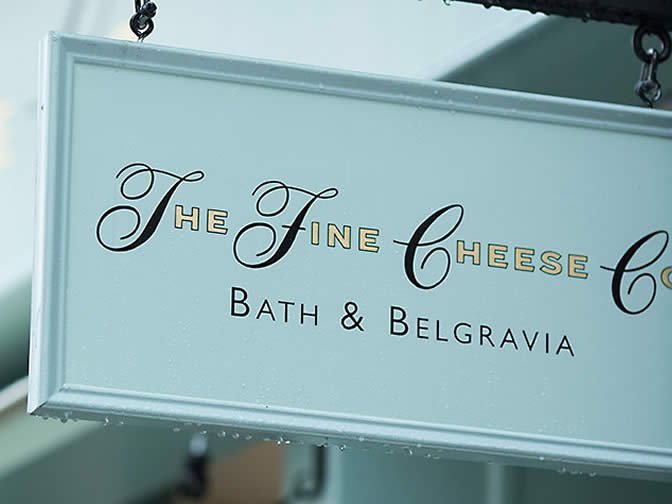 We caught up with Ann-Marie Dyas, owner of The Fine Cheese Co. – the latest addition to Motcomb Street.

“There’s a very strong traders’ association and residents’ association, so straight away you slip into that and you’ve joined a very nice club. The other thing that struck me is how international our customers are – there’s a remarkable cross section of nationalities among the residents.”

A slice of cheese industry life

Artisan cheese is more popular than ever before. However, there are still gaps in customers’ knowledge. It means there’s never been a better time to ask advice from the experts, and The Fine Cheese Co. is more than happy to help.

“Cheese is like wine,” explains Dyas. “We’d all like to know a bit more about it than we do! People know what they like but they can’t remember what they’ve had, so every trip to the cheese shop is a new adventure, which is great.”

Dyas believes that offering protected status to more British cheeses would further enhance people’s cheese eating experience because it would eliminate non-genuine products from the market.

“Countries such as Italy and France have very strong food traditions and they defend them, by and large,” she explains. “I think regional British foods need more support, absolutely, and I think cheese is a jolly good place to start!”

She notes that while “the battle for Cheddar” is lost, Stilton is now protected and other iconic British cheeses such as Red Leicester may follow.

There are also new trends in the type of cheeses people are eating, which The Fine Cheese Co. is happy to cater for and support.

“I’ve noticed an enormous growth in the interest in goats’ milk cheese,” she says. “We’ve grown to love it as a nation.” Buffalo cheeses are also leading the charge among tastemakers.

“We’ve had some wonderful ones from Italy we’ve brought over: creamy, silky, just lovely,” says Dyas. “People who can’t tolerate cows’ milk cheese can eat them. It could be a hot new trend!”

A cheese shop for everyone

As The Fine Cheese Co. went from strength to strength – it now supplies more than 800 retailers in UK, exports to about 50 countries and also owns a bakery in Derbyshire, which makes its crackers – it was perhaps inevitable that it would open a shop in London. Dyas says that she never actively looked for a site in the capital, though. Grosvenor approached The Fine Cheese Co. to discuss opening a shop in Motcomb Street.

“Grosvenor wanted an artisan food shop that complemented what was already here,” says Dyas. “Obviously you’ve got a wonderful chocolate shop in Rococo and you’ve got the mouth-watering Ottolenghi with all of their creations, so I think there could’ve been several possible candidates, of which cheese was one.”

The result is a cheese shop that’s as capable of helping its customers stock up for a picnic as it is catering for a meal. In addition to sitting down to enjoy a cheese board, visitors can also tuck into plates of charcuterie, freshly made soups and scones – and wash down their main course with a bottle from the ‘wine wall’.

“If you want to come for coffee or something a bit more, it’s all here,” says Dyas. “That started in Bath – people wanted us to have tables because they wanted to eat what they bought as soon as possible. They couldn’t wait to get it home!”