Carolina Bucci: From Florence to Belgravia 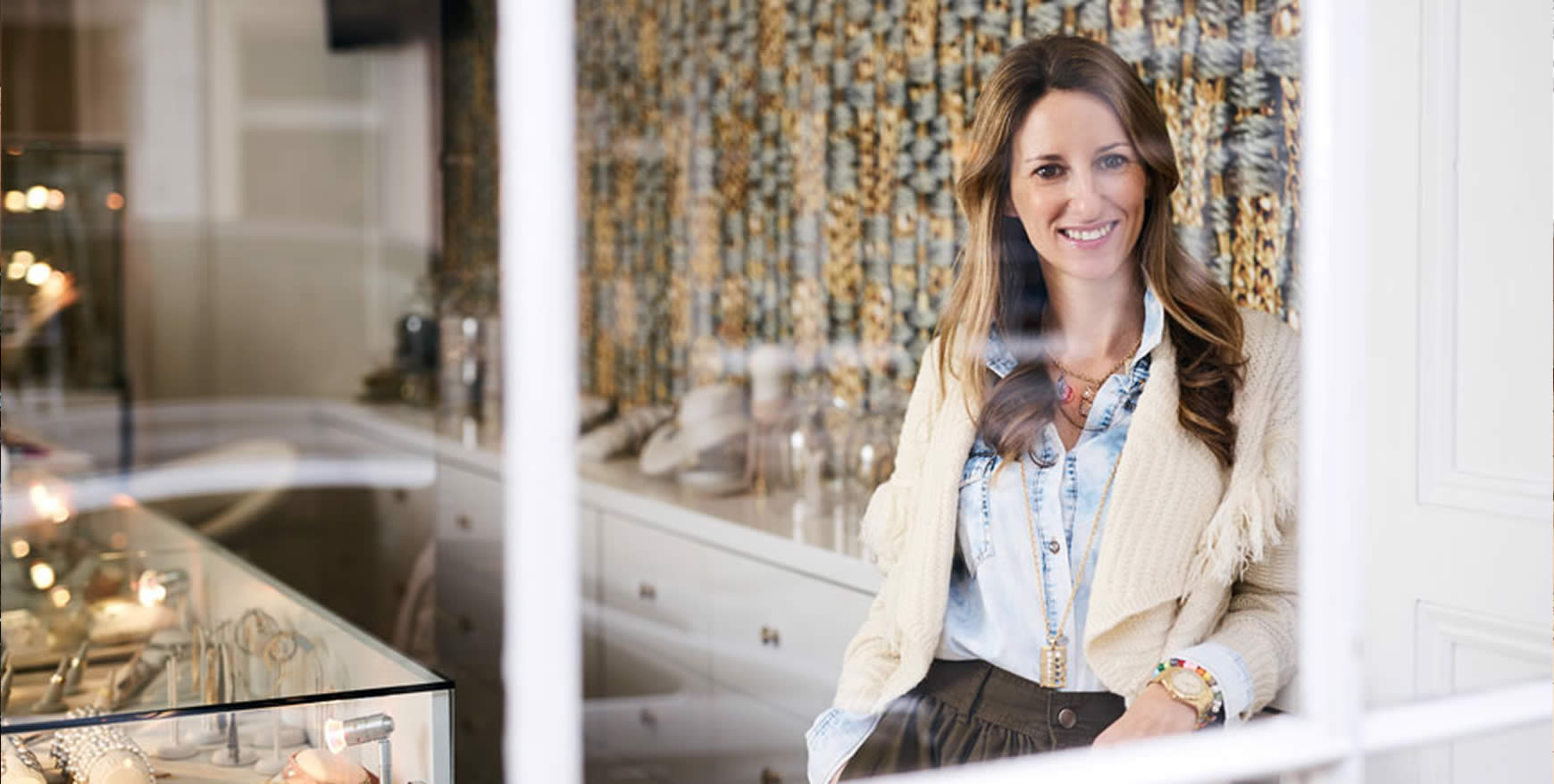 As one of three children born into a family of jewellers, you might think that renowned jewellery designer Carolina Bucci simply followed the path that was laid out for her. But that could not be further from the truth.

After studying Fine Arts and Jewellery Design in New York, Bucci returned to Florence, working alongside local goldsmiths and encouraging them to push the boundaries of their traditional practices to create her first collection, Woven. Then, 12 years ago, having met her now-husband, Bucci moved to London. By this time, her business operated on a global scale, and her jewellery was being distributed in the US, Europe, Japan and the Middle East. Her wholesale offering soon grew to include Browns, Liberty and Selfridges – but something was missing: her own retail space.

She recalls hours spent people-watching in various locations in London – trying to visualise exactly how her flagship store would fit in. “I studied several different areas and kept coming back to Motcomb Street – which looked very different at the time,” she explains. “I was actually advised against coming here, but I had a gut feeling that this was the right location.”

It turns out Bucci was right to follow her instincts. Having a permanent retail space in Motcomb Street has had “multiple positive effects” on her business. “For the first time, I was actually able to meet my customers,” she explains. “So I was able to get the kind of first-hand feedback that you don’t always get from wholesale retailers. That really helped me to understand who was buying my products – which is important for anyone in business.” It was also a chance for Bucci to put her own stamp on her brand – to package her jewellery exactly as she envisaged, and to create the shopping experience that she wanted for her customers.

The experience is certainly different to what you might expect from a larger outfit. As customers step into number 4 Motcomb Street, they’re greeted with the scent of Bucci’s own range of beeswax candles, and a soundtrack that, though contemporary, is about as tranquil as they come. “There are no security guards here,” she notes. “We wanted to create a very calm, casual, but luxurious environment.”

Bucci’s jewellery treads a similar line. Her store includes items that you would want to wear every day, as well as luxury pieces that might only come out on special occasions. However, every piece, no matter how it is made (or how it is priced), transcends fleeting trends. Instead, with her collections Bucci attempts to forge an emotional connection with the customer. She cites her initial rings – part of her Scarab collection – as an example. “They’re something that you can wear throughout your life,” she explains, “because they transmit something – an emotion or feeling – that transcends seasonal changes.”

“We wanted to create a very calm, casual, but luxurious environment.”

This emotional connection is something that works its way into the design process, and I ask her if some of her collections subsequently mean more to her than others. “Every new collection is my favourite,” she replies. She’s wearing a necklace that says as much – each pendant comes from a different collection. “It has almost become a collection in itself, because people are coming in and asking to have their own version of this made,” she says. “That’s part of the excitement – when you don’t plan something, but people respond to it.”

Bucci’s entire business has developed in a similarly organic way. The bespoke service that she offers at Motcomb Street evolved after Bucci designed her own engagement ring – and many customers asked whether she might be willing to design theirs. Today, it’s an integral part of the business. “More and more, I have people bringing me heirlooms that are not necessarily in-keeping with today’s aesthetics,” she says. “So we rework them; we transform them into something else. The sentimental value is still there, but the piece becomes something that they want to wear every day.”

In many ways, this is how Bucci’s eponymous brand began – with 14-year-old Caro redesigning and reworking gifts from her family. Towards the end of the year, Bucci plans to launch a new part of the business, named after this childhood nickname. She hopes it will give her the opportunity to diverge further from her ancestral affiliation with 18-carat gold, and instead adopt a more “seasonal” approach.

But this doesn’t mean her existing business is going anywhere. “I have a lot of plans – too many – but ultimately the plan is to grow Carolina Bucci,” she explains. “We want to continue what we’re doing, but for that to evolve into something better.”