The Promemoria brand was founded in 1988. The company makes luxury furnishings and its roots lie in the craftsmanship cabinet-making tradition which spans four generations of the Sozzi family. 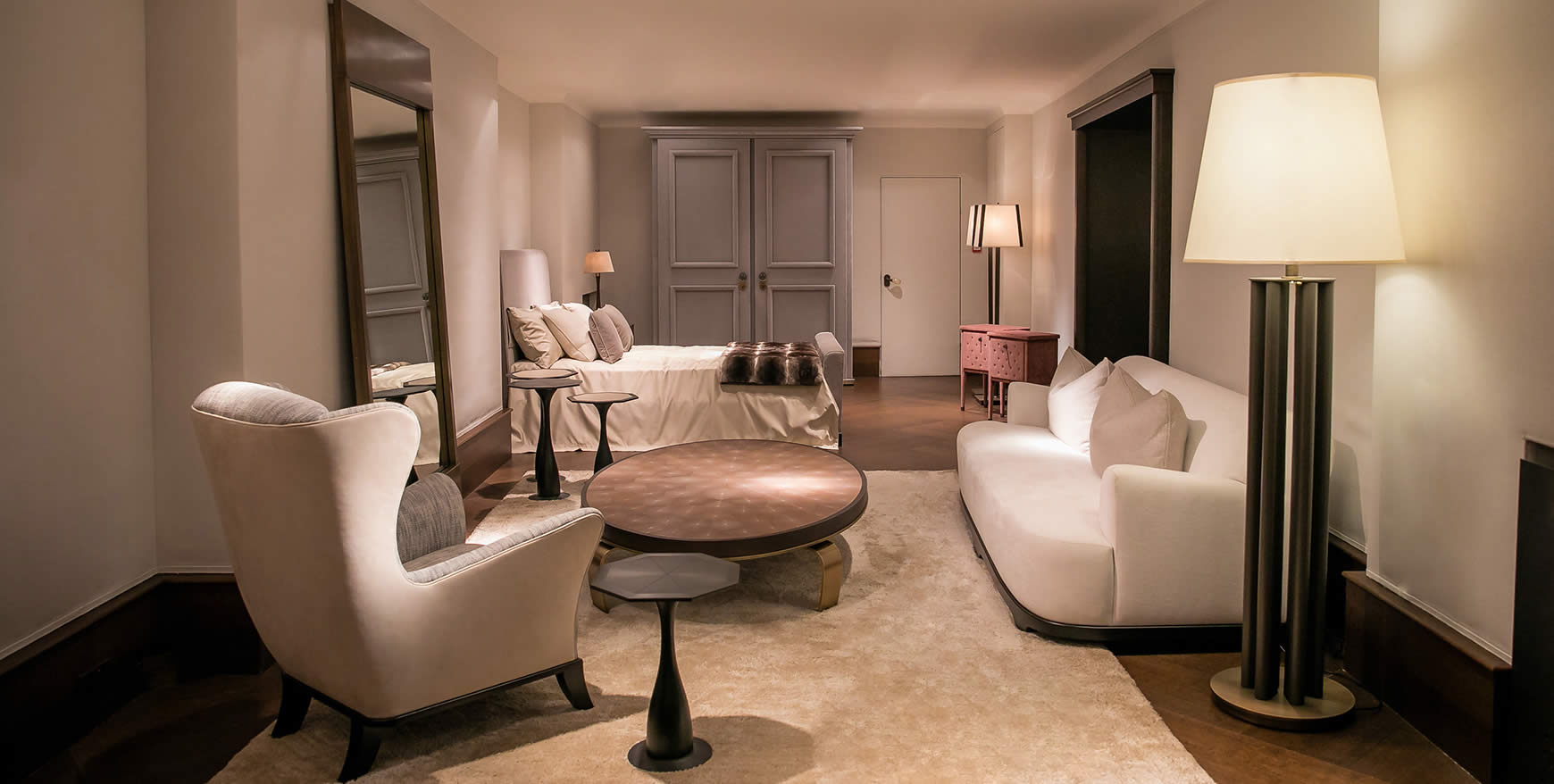 An adventure which began in the 19th Century in a village on the shores of lake Como where the Sozzi family managed a workshop, restoring and repairing the carriages of the local aristocracy. A specialized activity. It was here among the perfume of wood and mordant where, over the forthcoming four generations, the knowledge of craftsmanship took shape and which, at the end of the eighties became Promemoria.

Promemoria, a world of high class cabinet making, designed by Romeo Sozzi which is today the undisputed jewel in the crown of décor. Romeo Sozzi, creator of a refined furniture couture, guides the designs of Promemoria. Alongside him are his three sons, Stefano, Davide and Paolo. Together, they run a very varied production activity which puts together all the various phases of working, from the research for materials to the care of the final finishings.

Everything is made in Sozzi, in symbiosis with the art of Italian and European craftsmanship. To its cultured and demanding public, Promemoria lends great value to encouraging the appreciation of the history of the objects, beyond their intrinsic value. As with haute couture clothing, the divans, wardrobes, the chairs and tables of Promemoria are objects not only to look at but also to caress, to smell and even to listen. Every piece is handmade, of limited edition and often made to measure. Every piece undergoes a severe process of quality control to certify its excellence. Promemoria is present in its own exclusive locations in the major world cities.