Nicholas Haslam Ltd, comprising of both retail and interior design was established in 1980. Showcasing some of the finest collections of furniture, lighting, fabrics and accessories in the Ebury Street store. 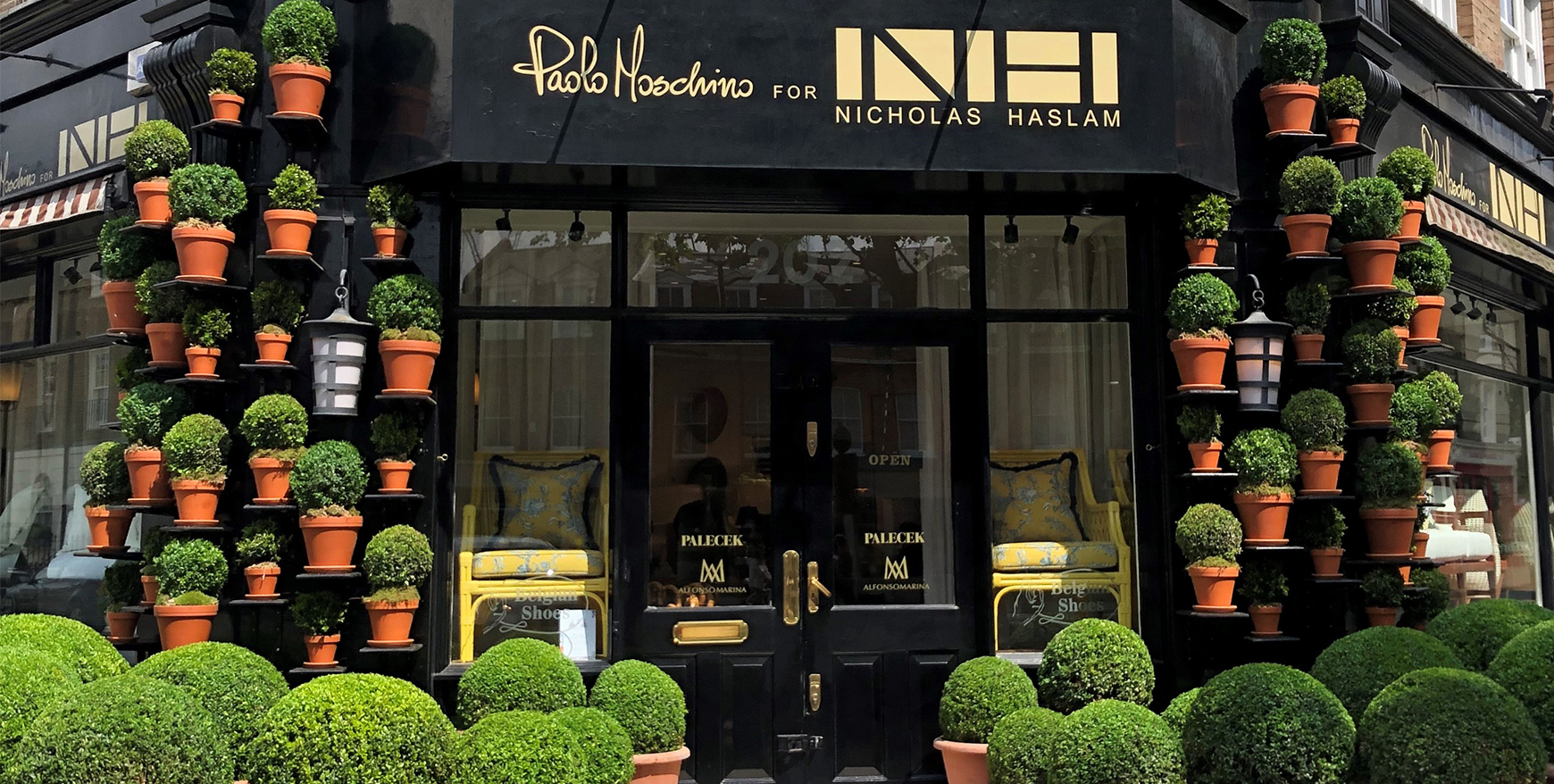 Nicholas Haslam Ltd was established in 1980, comprising of both retail and interior design. In 1995 Paolo Moschino took ownership of the company which has now grown and evolved to cover two retail showrooms in Central London and a further showroom at the Design Centre Chelsea Harbour, a Trade Office marketing our collections of furniture, lighting, fabrics and accessories to the design industry worldwide and a Design Studio managing Residential and Commercial projects internationally.

The design style of Nicholas Haslam Ltd has evolved continually over the years; whilst initially grounded in the principles of English design, the arrival of Paolo Moschino and Philip Vergeylen brought a continental flair to the company which has resulted in a more international look.

The Company has won numerous awards, including the Architectural Digest list of the Top 100 Designers in the world today. “Each of the tastemakers named to this year’s AD100 list has a vision… They are thought leaders raising the bar for global design today.”

The company has been included in ELLE Décor US’s annual A-list of “Designers and Architects which we admire the most…talents who shape our world and consistently inspire our imagination.“