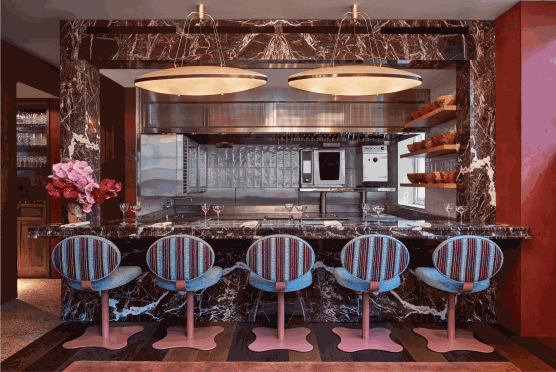 Tom Aikens’ Michelin starred restaurant is an intimate 25-cover converted mews house situated in the heart of Belgravia. Enjoy an exceptional 8 course tasting menu in front of an open plan kitchen to watch Tom and his team in action, offering a fully immersive kitchen table experience. The menus at Muse have been inspired by nostalgia and the pivotal moments and key people from Tom’s personal life and career.

Tom Aikens is one of the UK’s most acclaimed and inspirational British chefs, still holding the record as the youngest chef to gain two Michelin-stars. His remarkable career has taken him to David Cavalier’s in Battersea, Pierre Koffman’s La Tante Claire, Joel Robuchon in Paris, Gerard Boyere’s in Riems and Pied-à-Terre to name a few.