Bayley & Sage take pride in delivering the same superb quality, knowledge and provenance in their stores, and whatever you’re shopping for, Bayley & Sage products reflect the best of the season whether its fruit, vegetables, meat or cheese or the delicious seasonal dishes prepared in our kitchens. 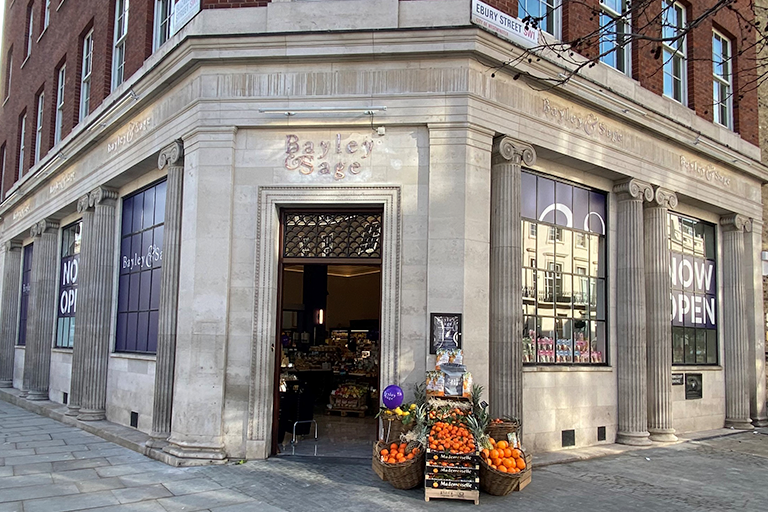 Jennie Allen started Bayley & Sage in the Autumn of 1997. People often ask how Jennie came by the name Bayley & Sage. It is, in part, named after the son of a friend, as an homage to the next generation, and after sage, for both wisdom and the herb, and that is how Bayley & Sage came to be!

Thirteen years later, the second store was established in Parsons Green, the desire to sell great food to the people of London grew rapidly, and more store openings followed. Bayley & Sage stores are based in communities with a village-like atmosphere, filled with friendly families.

Bayley & Sage have created several own label products, including an extra virgin olive oil, cheese crackers, a selection of wines and their very own Bayley Blue cheese.